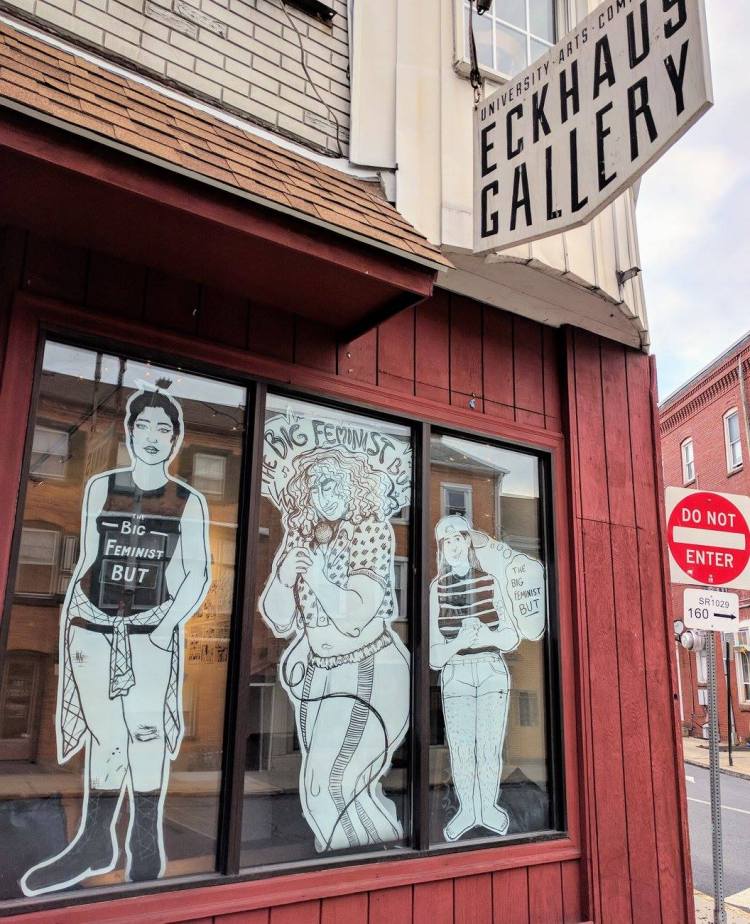 Joan Reilly makes comics. A established illustrator she moved last year from Brooklyn to Kutztown. Imagine that! She is co-editor along with Shannon O’Leary of the acclaimed comics anthology, The Big Feminist But. Originally published via Kickstarter, the book has been republished twice by Alternative Comics.

An exhibition of artwork from the book is now appearing on the walls of Eckhaus Gallery, 157 W. Main, Kutztown, PA. The opening reception is Saturday, April 8, 6-8pm. Info here.

Jeffrey Brown lent his original sketchbook with the comics pages he contributed to the anthology. Observers will note he is one of the few cartoonists who draws his work smaller than the size it will be printed.

The artwork on display at Eckhaus beautifully drawn. It is clear that the artist care about their work. Kutztown may not become the next Brooklyn, but we are fortunate to have this exhibition in town.

My illustration students, some of whom have ambitions to be cartoonists, had the chance to see the show thanks to Olivia Knowles, one of the Eckhaus directors. My students seems particularly impressed with the story dealing with gender identity by Virginia Paine, below.