I was driving in my car and heard a radio interview with Randall Munroe. The author and illustrator of Thing Explainer was speaking on Science Friday. I was stunned when host Ira Flatow said to Munroe, “Before you were a full-time comics artist you were a roboticist at NASA…” YOW!  I thought, “How can I do science comics for kids if NASA engineers are making comics?”

I saw his wonderful book and I calmed down as I realized his bestseller is far different than anything I will ever write. Munroe uses only the most 1000 common English language words to explain science. Cells are called, “tiny bags of water you’re made of.” The Mars Rover is “the Space Car for the Red World.” It is a chill formalist exercise I appreciate, but I am not likely to ever try myself. 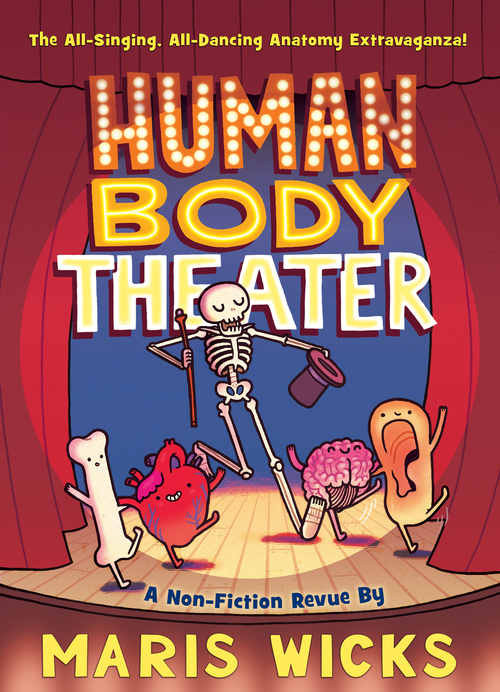 Munroe is not the only scientist turned comic book artist, however. I met Maris Wicks at the Miami Book Fair. She is a museum educator at Boston’s New England Aquarium. She was signing copies of her hit informational comic book, Human Body Theater. That book made School Library Journal’s list of 2015 TOP 10 Graphic Novels for Kids.  I have hip friends who used Human Body Theater to teach anatomy to their home-schooled daughter.

Maris Wicks draws in a kid-friendly style. First Second Books sent me a review copy of her new book, Coral Reefs, Cities of the Ocean. It is is quite wonderful. It has a cute Kawaii feel, but still delivers the goods -educational info on the undersea world. When I met Maris in Miami, she was rushing to that airport to draw while she waited in the terminal for her plane back to Boston. 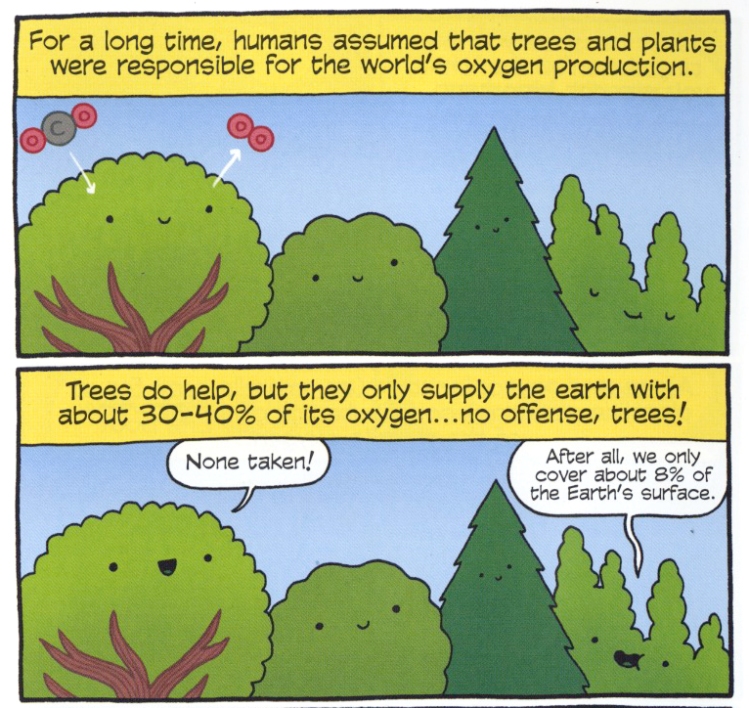 Maris Wicks is quite amazing, she can write, she can draw, and she knows what she is talking about. Plus: she clearly has a professional attitude about deadlines.

Coral Reefs is geared toward middle schoolers, but I read it aloud who to a precocious second-grader who hung on every word. There is one sequence that explains the scientific evidence for global warming. Kids who understand this science will be smarter than several candidates for the Republican presidential nomination. Imagine that. 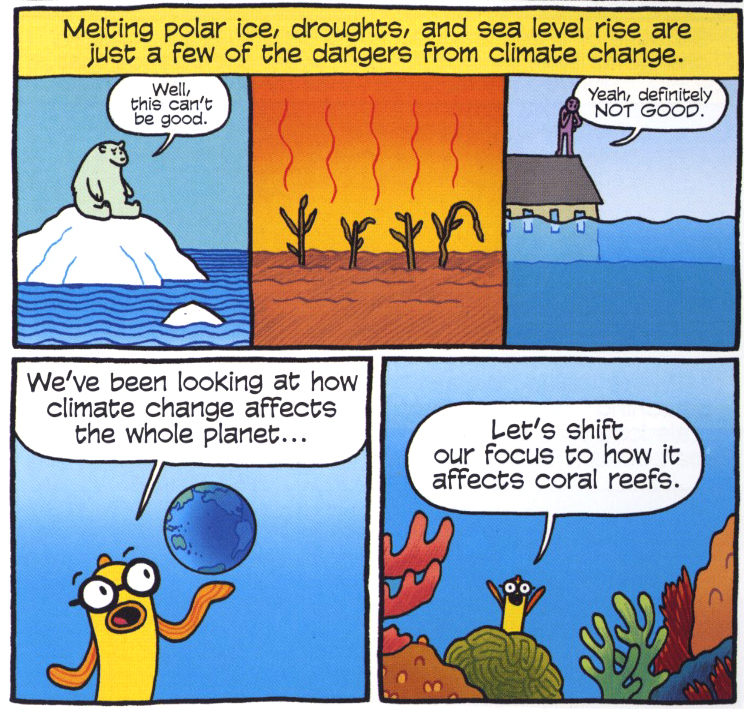 Maris Wicks has a great attitude despite the challenges our oceans face. She presents the science, yet manages to be upbeat about the future of the oceans. She tells young readers that even if they live far from the ocean they can help to protect their local ecosystem.

First Second is also releasing another volume in the Science Comics series, Dinosaurs, Fossils and Feathers, written by MK Reed, illustrated by Joe Flood. Years ago I loved John Noble Wilford’s 1985 book, The Riddle of the Dinosaur. This new book has the same amazing cast of characters. I’m thinking of the humans, not the dinosaurs: Young fossil hunter Mary Anning; feuding paleontologists Marsh and Cope, and the larger-than-life Baron Nopsca. Who knew a paleontologist was the first person to hijack an airplane?

Joe Flood’s dinosaur illustrations are perfect for the story. His art is detailed, energetic and clearly well-researched. 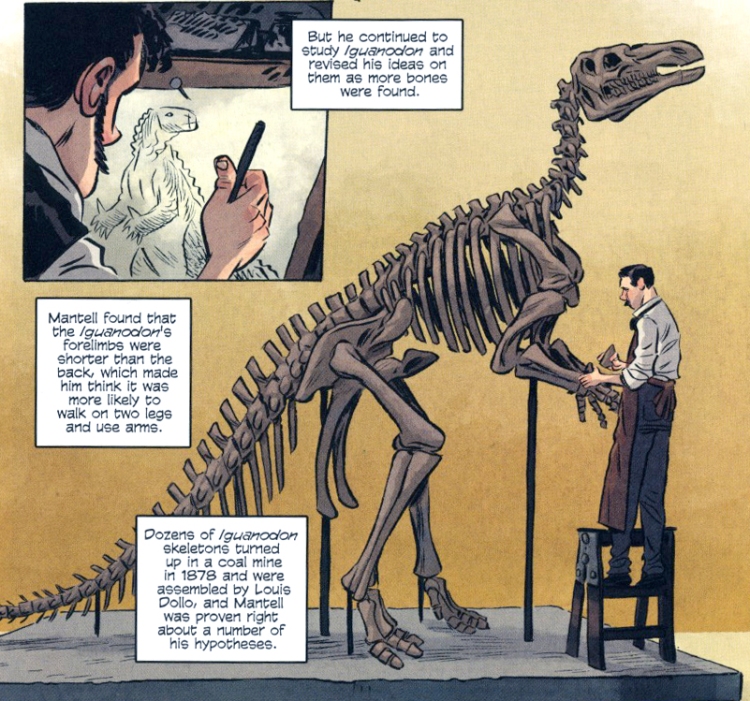 Near the close of Dinosaurs is a page that channels Winsor McCay’s Gertie the Dinosaur. Reed and Flood, author and illustrator, are pictured with a Brontosaurus. Earlier in the book they had reported the brontosaurus was not a separate dinosaur. But in 2015, just as their book neared its deadline, the scientific community reinstated the creature. 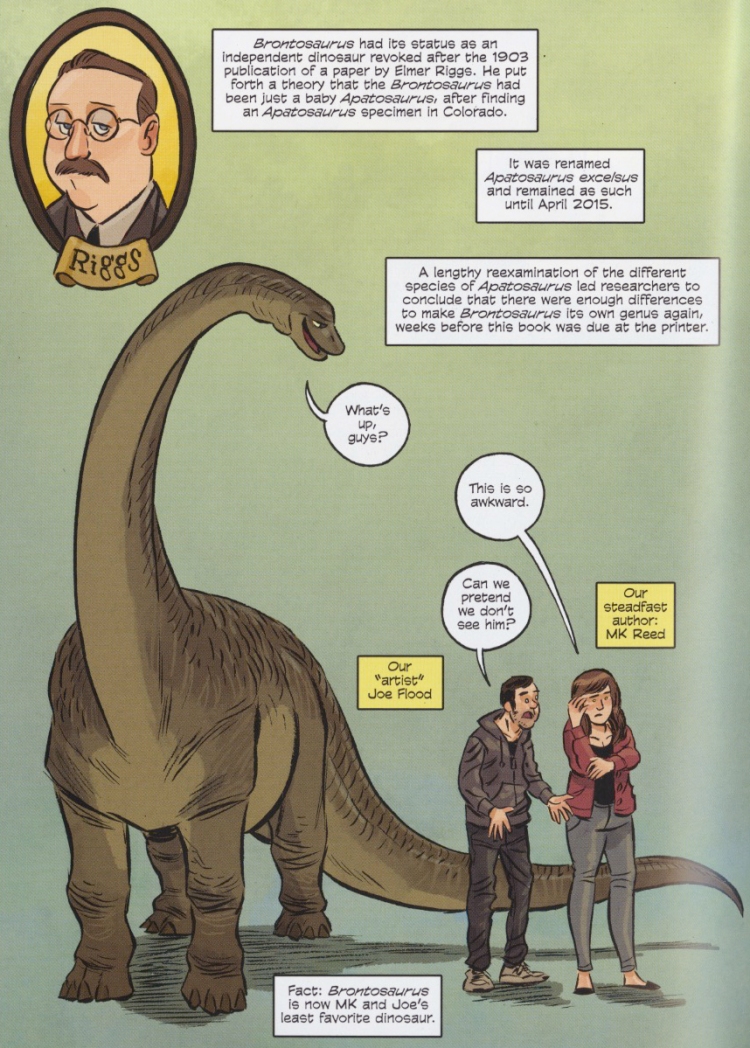 Both Coral Reefs and Dinosaurs have forwards written by Phd’s. No doubt the editors want to assure parents and educators these books are accurate. From a design standpoint, I would have preferred if these text essays came as an afterword. That said, I love the series so far. These two wonderful books should compel more youngsters to maintain their natural curiosity about the world around us.

One thought on “Science Comics & Global Warming for Kids”