I recently had the honor of being on a panel for reluctant readers at the ALA Convention in Orlando. The other panelists were Jim Ottaviani, M.K. Reed and a charming young Englishman, William Grill, who goes by Will. Will told the assembled librarians that he was a reluctant reader himself. He has dyslexia. As a kid he’d slog through a novel, but he loved to read maps, atlases, and illustrated coffee table books. Today at 26, he makes the sort of book he would have happily read as a child. His oversized picture books are light on text, but filled with maps, diagrams, and visual information.

Will won the Kate Greenaway Medal, Britain’s version of the Caldecott Medal, for the best picture book of the year. That book was Shackleton’s Journey, about the epic 1914  journey to Antarctica. It is published by Flying Eye Books. 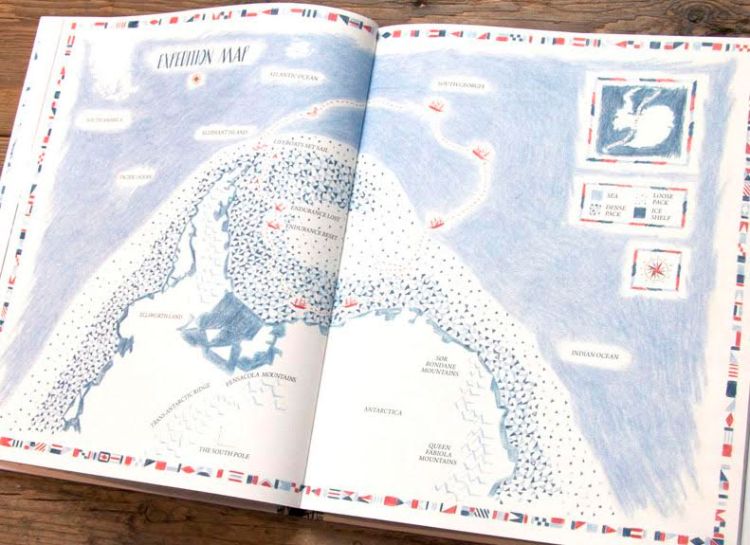 The book began as a junior year project at Falmouth College. He visited New York while still in school to pitch the idea to U.S.publishers. He met several editors and art directors. They told him to keep working on his art and “perhaps visit again in ten years.”

Back in England, he exhibited the original Shackleton art at an annual exhibition for new illustrators called ‘New Blood.’ Will explains, “Shackleton’s Journey started as a relatively small third year university project. However, it later grew into an 80 page book after being spotted by Flying Eye Books at the D&AD (Design and Art Directors) show. As well as wanting to create an unconventional picture book, I saw the project as a chance to channel the way I draw in my sketchbooks into a more finalised piece of work.” 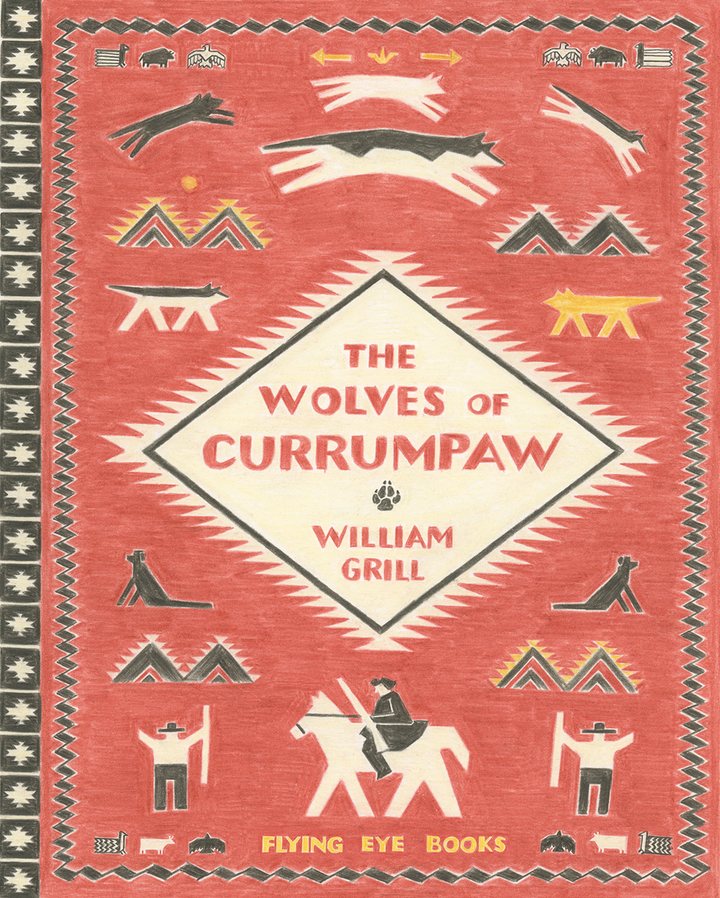 His new book is The Wolves of Currumpaw. He got the idea when he came upon an old leather-bound book in a used bookstore in the village of Peterborough, England.

It was a work by Ernest Thompson Seton written in 1898. Seton was born in England, but raised in Canada, where he became an expert outdoorsman.

In the 1890’s Seton moved to New York City to work as a writer and illustrator. He missed the great outdoors. Seton heard about a $1000 reward to kill a legendary wolf, Lobo, the King of Currumpaw, in New Mexico. Lobo was said to be so smart one trapper insisted he was a werewolf. Seton headed west to kill Lobo. I will not spoil the story. Like his Shackleton book, The Wolves of Currumpaw is 80 pages. This is more than twice the length of a typical 32-page picture book. The pages are airy, some resemble a storyboard with dozens of vignettes on a page.

Other pages are wordless, atmospheric images that maintain the immediacy of the artist’s sketchbook. He uses Faber-Castell Polychromos colored pencils in his sketchbook and for the finished illustrations.

William Grill didn’t go to Antarctica to sketch for his first book. Some of his best reference for that project came from old Pathe newsreel footage of Shackleton’s voyage. But he did go to New Mexico and camped out and sketched in the same valley where Seton tracked Lobo over a century ago. He spent a week drawing at a wolf rescue station.

Will’s work is simple yet remarkable. The writing is spare. The drawings are marked by sincerity and a keen sense of observed details. The term I hear used to describe illustration created by actual observation and drawn on paper, unfiltered by Photoshop, is mid-century. It refers to the mid-twentieth century, which doesn’t seem so far away to me. Will’s style is often compared to the great Raymond Briggs.

I asked him if there were other British artists who influenced him. He named two, Eric Ravilious and Edward Bawden. I had to look them up.

Here are links to bios of Ravillious and Bawden. It is great to meet a talented young artist following in the footsteps of these midcentury masters. More work by William Grill can be found on his website. There is also a fascinating interview about his wolf project on his publisher’s site, here.  I also recommend the Guardian page where he shares his sketchbooks. It gives give a great overview of his artistic process.

The reviews for The Wolves of Currumpaw have been great. Publisher’s weekly calls it “A powerful, cinematic work of naturalistic fiction that deftly outlines the importance of respecting nature.” I think it is the perfect book for reluctant readers. I know we will be seeing more from William Grill. 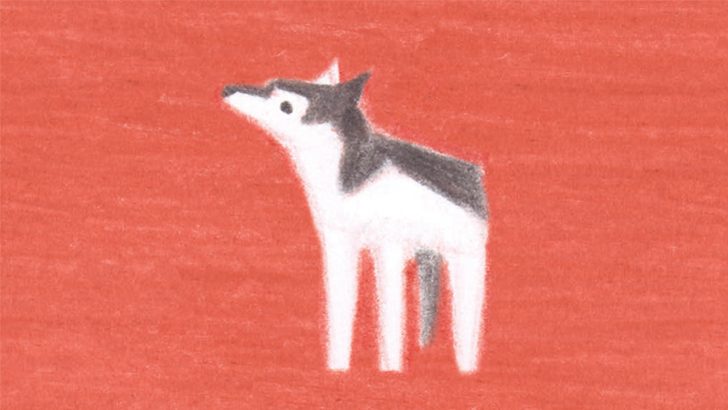 One thought on “William Grill, an English Illustrator Worth Watching”