Illustrator Ryan Lynn, 2006, BFA, Communication Design, is doing fine, thanks. I remember covering my ears when Ryan’s punk band, The Aurora, rocked the Trexlertown Grange, around 2005. His music career may have faded, but his artistic energy certainly hasn’t waned. He just completed the biggest illustration job of his career. His slightly-retro super-graphic style is the perfect match for this project. 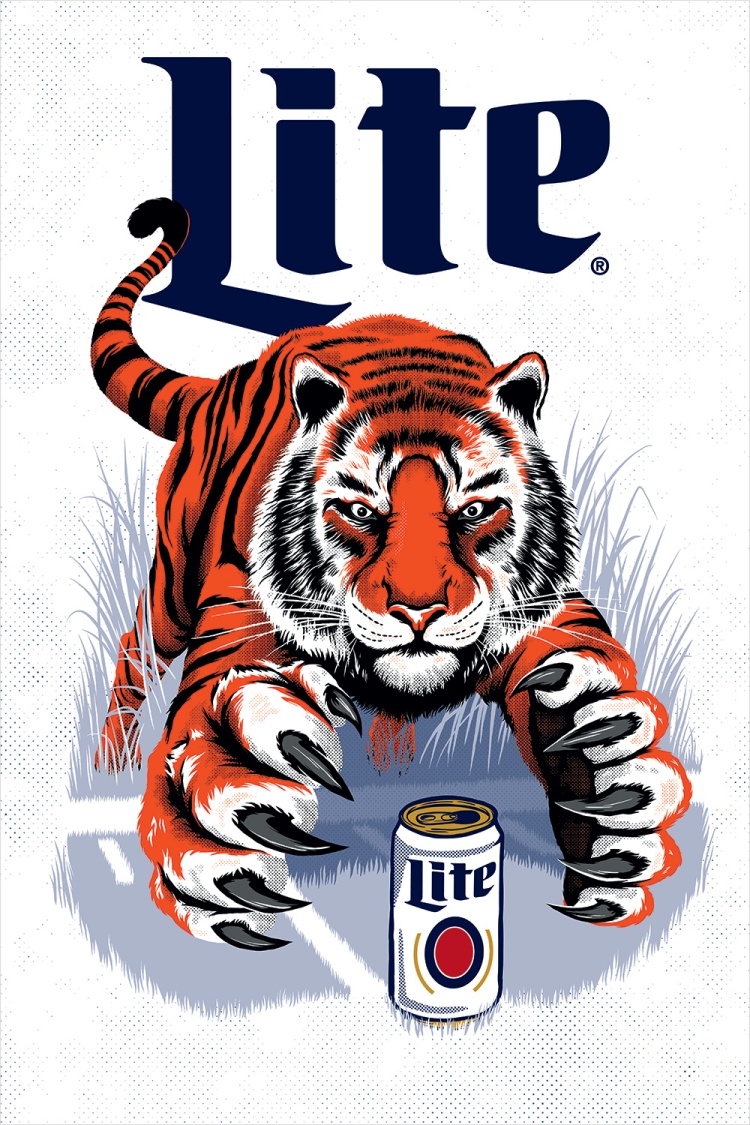 He writes, “I was approached by Miller Lite to create a series of illustrations for 15 NFL teams that were to appear on posters, billboards, and other materials in each NFL team’s market. These illustrations were created in the Miller Lite illustration style that I helped establish in their Summer Poster Campaign.

As a huge NFL fan, it was awesome to get to work on this series and immerse myself in each NFL team’s colors, attitude, and traditions.

Question: How did this job come to you? 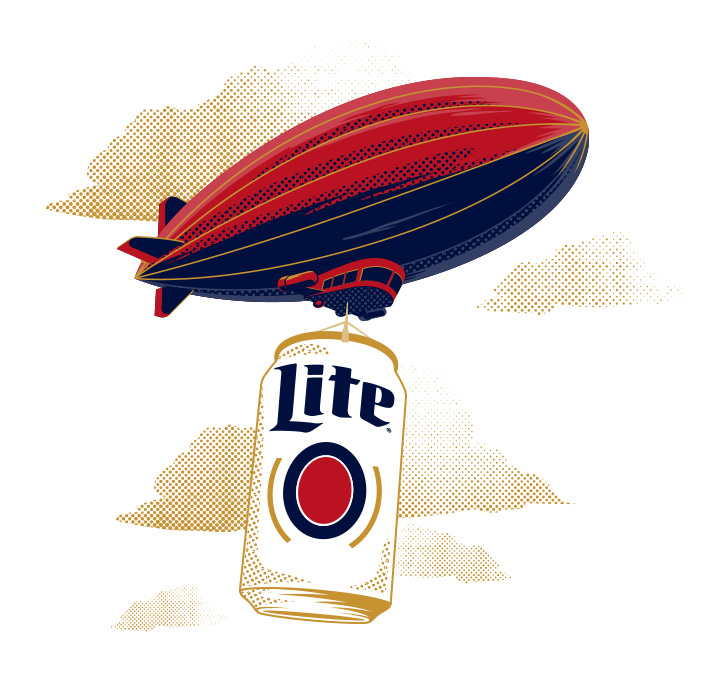 Ryan: I’ve been working with Miller Lite’s agency of record for about a year. I got an email from them one day out of the blue asking if I could do a poster series for the summer (the dragon and octopus, plus a robot one that never got finished). After that, I kept working with them on some billboards and trade show graphics before getting the NFL series. 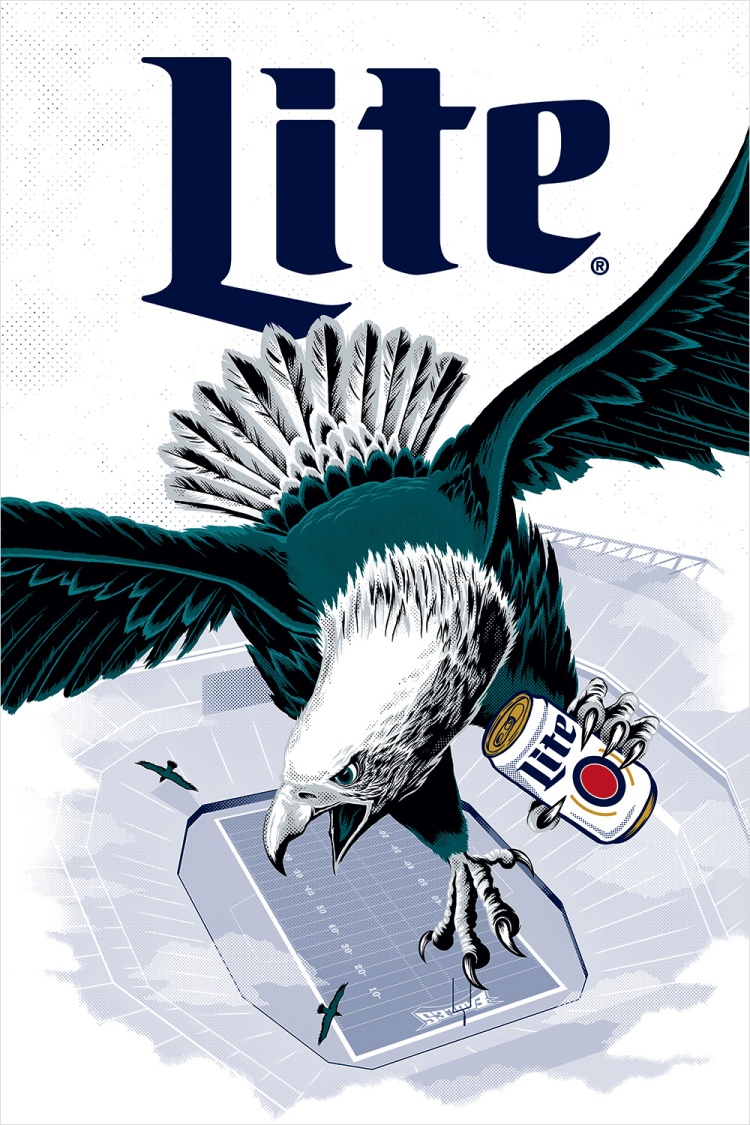 Q: How long did it take?
Ryan: It was a tight turnaround – 15 posters took around 5 straight months without weekends or holidays. I even had to skip a cousin’s wedding!
Q: You are an Eagles fan, but strictly from a graphics point of view, which image is your favorite? 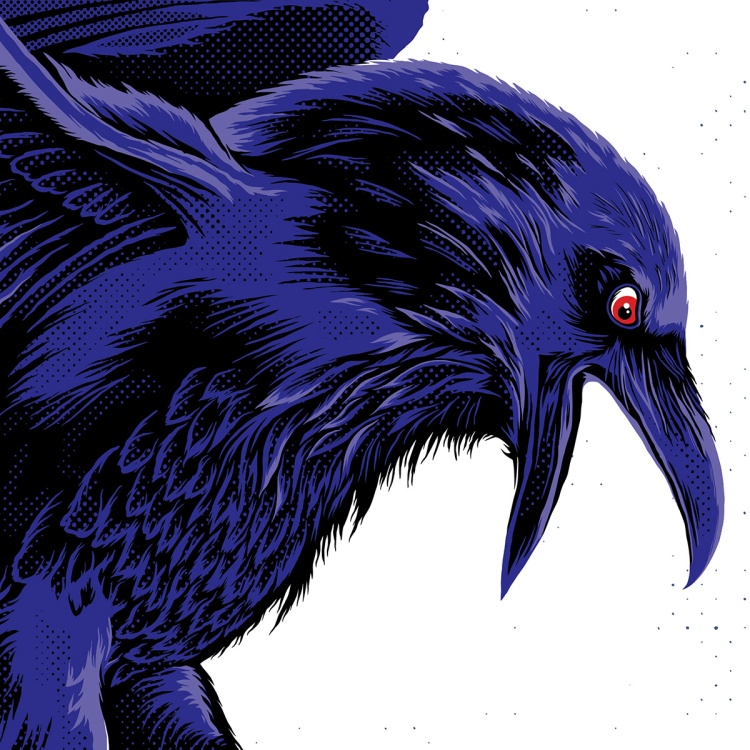 Ryan: I’m pretty happy with how they all turned out. If I had to pick, I like the Ravens because it has a lot of detail. The Steelers is cool, too. 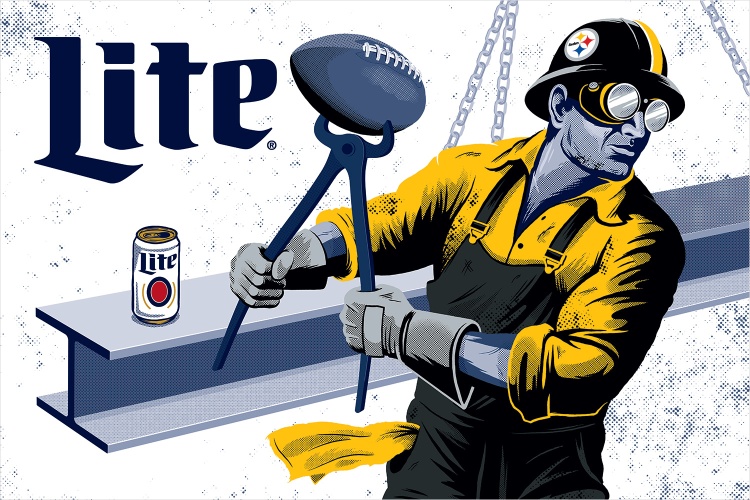 Q: What size is your original art?
Ryan: They are all the same size 24” x 36”. Each poster also has a landscape version as well. The final illustrations had to be vector so their team could put them on billboards, buildings and whatever else. 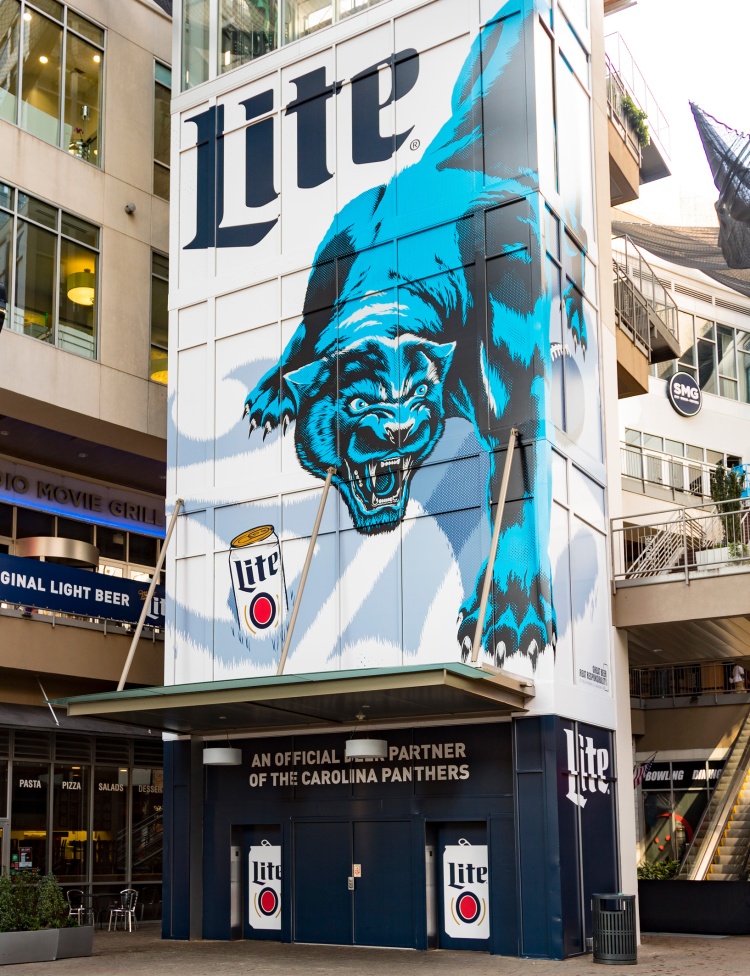 Q: Have you gone to any of the Stadiums to see these?
Ryan: Not yet! I don’t know if they all are going to be in their stadiums. I know the Atlanta Falcons illustration is in their stadium bar and there was talk of the Texans putting theirs on a mural, but I don’t know. 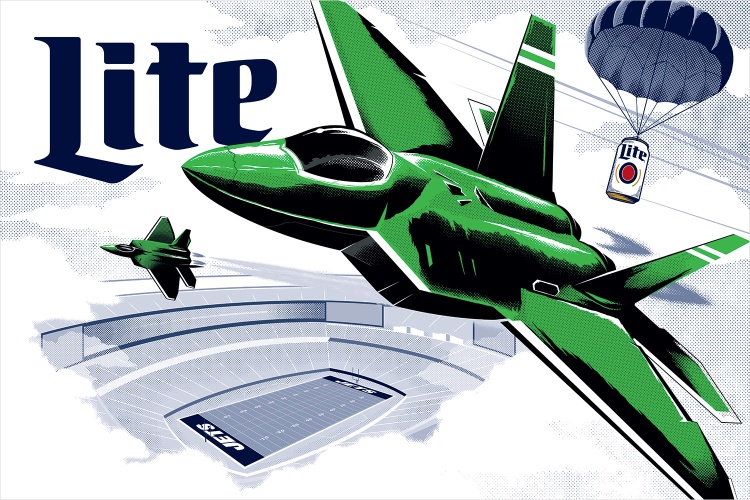 Thanks, Ryan. All I can say is “Wow!” Your artwork is solid and just right for NFL.
Visit Ryan’s website and shop to snag listed edition sic-fi art and gig posters for as at little as $20. Ryan is still into music. Below is his poster for Cruisr, the hit band that includes two KU design grads, Andy States and Jon Van Dine. 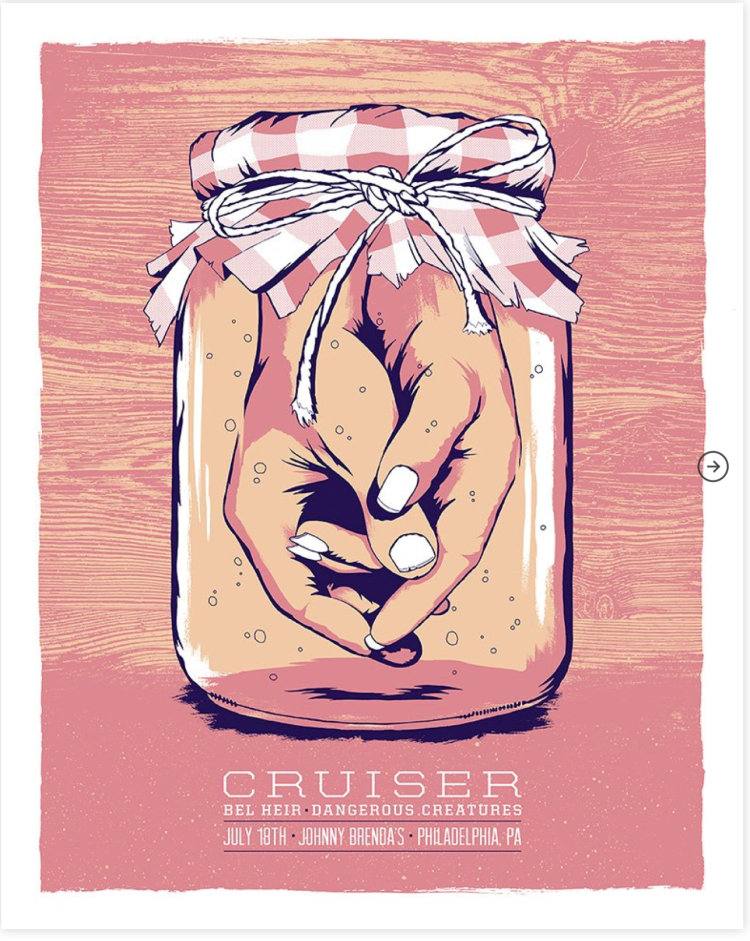