What’s SpongeBob Really Like? is the most visited page on this blog. KU grad Amanda Geisinger, web designer of Nick.com’s SpongeBob site, told us she can fiddle with SpongeBob art, but only a few select artists are actually permitted to draw SpongeBob. Of course, Stephen Hillenburg, the creator of all Bikini Bottom’s characters, is in that category. But who else? 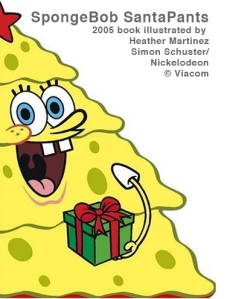 An Amazon.com search reveals over 650 results for the term “SpongeBob” in books and at least a dozen illustrators. I was amazed to find these titles: SpongeBob RoundPants, SpongeBob SantaPants, SpongeBob SpookyPants, SpongeBob PartyPants and WhoBob WhatPants? Based on the cover art by Clint Bond, it seems our mellow yellow hero becomes a nudist in  SpongeBob NaturePants!

Seems I’m always reading 3 books at once. I am working my way through Jonathan Franzen’s new novel, Freedom and two SpongeBob Books. (If read concurrently with SpongeBob books, anything else seems rather dry.) 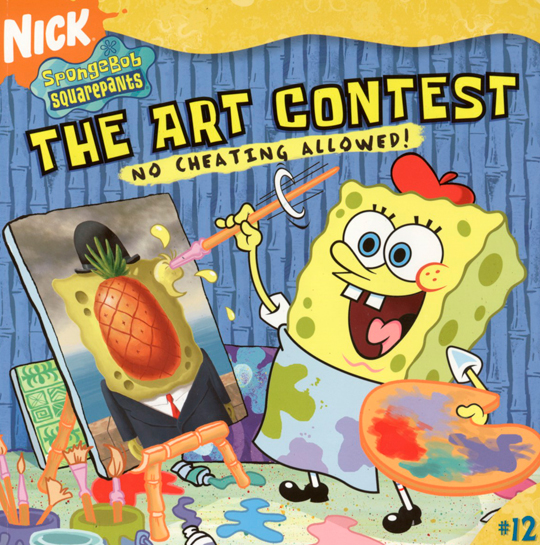 I’m reading  A Very Krusty Christmas by David Lewman and The Art Contest by Steven Banks. These choices are not random, but rather based on my background as a Santa turned illustration professor. Both books, it turns out are ably illustrated by NY-based illustrator Robert Dress. Dress’s blog is a lesson in illustration; the fluid line drawings that fill his many moleskine sketchbooks are a joy to behold. I wrote to him and he was good enough to answer a few questions.

Has SpongeBob changed your life?

R.D. “Changed my life? Yes, he’s allowed me to work with some amazing illustrators and art directors at Nickelodeon.”

What is the project you enjoyed working on with him the most?

“I love just sketching him and getting into how he’s feeling and reacting to a situation. He’s an emotional guy which makes him fun to draw. Because his eyes are so large he’s not too hard to get expressions out of. One of the hardest things to do when your drawing a character like SpongeBob is to pull out genuine feelings and the eyes are the most revealing features.”

“I have some sketches of him on my blog somewhere you can look at.”

Sincere thanks much to Robert Dress for his quick responses. As he points out, he is one of many  artists privileged to work with SpongeBob. He also wrote that he wasn’t permitted to dicusss future projects, but we hope to see more of his work. By the way, Stephen Hillenburg, SpongeBob’s creator, doesn’t do many interviews, but made exceptions for his alma mater, Cal Arts, here, and the Washington Post.

All SpongeBob characters are © copyright Viacom International and used here for review purposes only.