Grant Snider is a talented young cartoonist. I think his work is brilliant, but you be the judge. He generously gave permission to share a selection of comics. I selected strips that should interest illustrators. More of his art can be seen at Incidental Comics. Grant is studying orthodontics. I find that mind-boggling. We did an email interview. 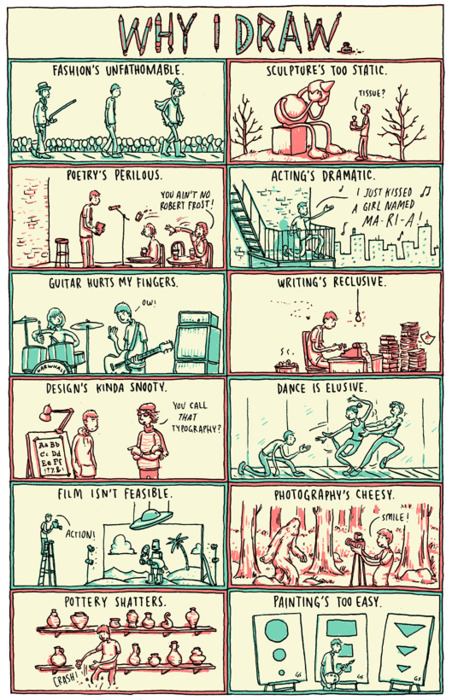 KMc: I am impressed you are going to dental school, like the poet William Carlos Williams keeping his day job as a pediatrician.

Grant: Thought about your William Carlos Williams comparison before, but I think dentist/cartoonist sounds less noble than physician/poet. Also, Osamu Tezuka went to medical school while simultaneously becoming the god of manga, though he never practiced medicine.

Your work reminds me of one old, and one new artist, Otto Soglow and Kevin Huizenga? Are you familiar with them?

Grant: Definitely. I’ve read Otto Soglow’s cartoons in some old New Yorker cartoon collections, and I’ve read a couple of Kevin Huizenga’s books and followed his work closely in comics annuals. That’s a flattering comparison – Soglow’s cartoons have some of the most beautifully efficient line work ever drawn. And I can identify very closely with Huizenga’s “Glenn Ganges” stories – especially the middle-class suburban-Midwest adult-male protagonist. They’re everyday life drawn with incredible attention to detail, and he experiments with comic format and convention in a way that adds great depth to the story.

Who are your influences?

Roz Chast, Matt Groening’s “Life in Hell,” and Tom Gauld have probably influenced my comics the most. Edward Gorey, Bill Watterson, Chris Ware, and B. Kliban are four cartoonists I greatly admire, but they would be very difficult to emulate. Designer and illustrator Christoph Niemann has genius graphic ideas and is a huge inspiration, though I doubt he considers himself a cartoonist. This American Life keeps my brain occupied in the long hours spent drawing and probably subconsciously influences my comics. I also frequently look to children’s books and music for ideas. 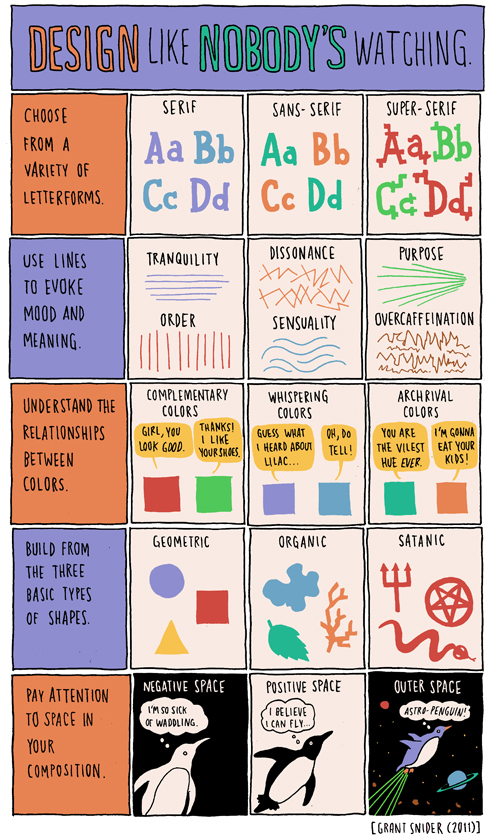 Does your online poster shop pay enough to cover your time at the drawing board or is Incidental Comics a labor of love?

Labor of love! It’s very nice when people like a comic enough to put it up on their wall, but if I tried to break down the hourly wage of time spent at the drawing board I would quickly become depressed. My comics appear weekly in the newspaper in Kansas City (where I went to dental school) and biweekly on GoComics.com (also based in Kansas City) so I get some compensation that way as well. It’s never been my intention to make it a full-time job, though I plan on pursuing my dual careers (cartooning and orthodontics) as far as they will take me.

I included some pages from my sketchbook that eventually became full-fledged comics (“Jazz,” and “The Diabolical Botanical Garden”). I use my sketchbook mostly for working out ideas and rough sketches, though there’s an occasional bit of life drawing or journaling. It’s full of false starts, but I sometimes come back to a long-unused idea and manage to spin it into a new comic. 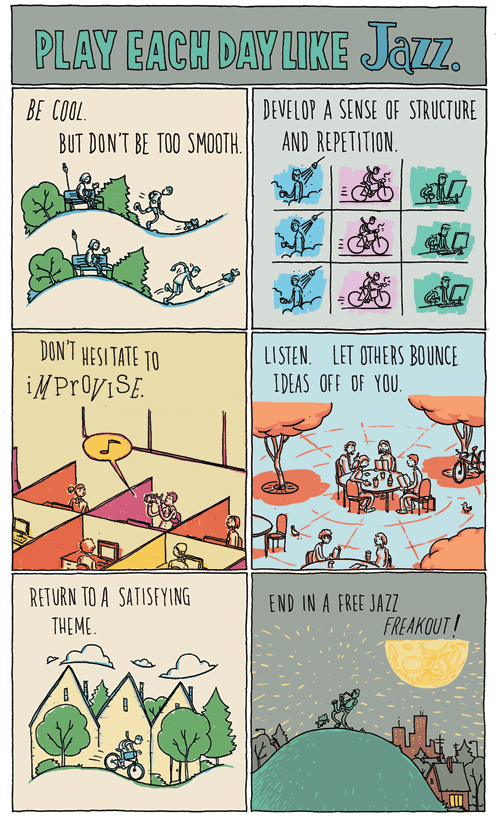 Can you give any advice for aspiring web or print cartoonists?

Focus on writing and ideas! If you are excited about an idea, you will find a way to make the drawing and layout work. Nothing is going to look how you want it to when you first start, but if you make new comics consistently your drawing style will develop and improve. Some of the best cartoonists have idiosyncratic (or even “bad”) drawing ability, but their drawings look amazing when coupled with great ideas. Share your work early and often – try to get into your school newspaper, start a webcomic, print out mini-comics and give them away, don’t keep it hidden in a sketchbook until you’ve achieved some imagined level of perfection.

Thanks, Grant for thoughtful answers and great advice. Wonderful to see the sketches, showing that even great ideas need to be refined. The sketch below became “The Diabolical Botanical Garden.” Most of Grant Snider’s cartoons are available as $15 prints from his Poster Shop. 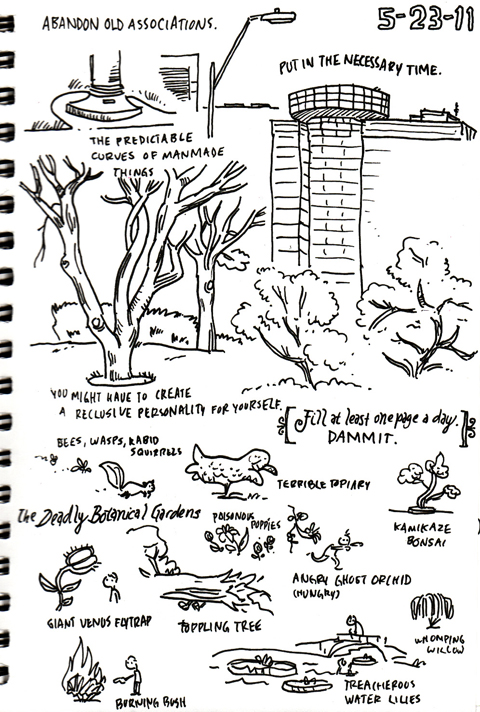