In the 1980’s I drew the occasional cartoon for the San Francisco Bay Guardian, an alternative weekly newspaper. Trina Robbins, the great underground cartoonist, drew a strip for them, too. We never met until last month at Pittsburgh’s PIX comics convention. Trina is the foremost expert on the history of women in comics. Her newest book, Pretty in Ink: North American Women Comics 1896-2013, published by Fantagraphic, is the definitive work on the subject.  She showed me the hefty book. It is an impressive and important volume. I ordered a copy for Kutztown’s Rohrbach Library. Any school with an illustration major or a women’s studies major should order a copy for their library, too.

A free sample chapter from Pretty in Ink can be found here.  It is a quite fascinating chapter about the Irish-American Rose O’Neill. O’Neill began her career in her teens, so young that nuns would chaperone her visits to Manhattan art directors. O’Neill’s 1896 comic strip may have been the first ever published by a woman. Her most famous creations were the Kewpies and the Kewpie doll, cupid-like sprites she claimed visited her in her dreams. She was the first woman to draw for Puck and in 1917 the first woman inducted in the all-male Society of Illustrators.

She studied abroad, including sculpture lessons with Rodin. She held great parties at her Washington Square townhouse studio in Greenwich Village. The press described her as one of the 5 most beautiful women in the world. She managed to be a suffragette, a sex symbol, and a doll-maker.

O’Neill’s pen and ink drawings for Puck are brilliant. The Rose O’Neill Museum, Bonniebrook, in the Ozarks in Missouri has an archive of hundreds of images, like the one above, worth exploring.

When I told Trina Robbins I taught the history of graphic design, she challenged me to tell her which female illustrators I included in my lectures. At the moment the only woman I could think of of was Violet Oakley, who painted the magnificent murals in the Pennsylvania Capitol Building in Harrisburg. Then Trina asked me if I taught about Mary Blair. Mary Blair? I had to admit I’d never heard of her. Trina shook her finger at me and told me I owed it to my students to look her up. She told me Blair is the subject of a show at San Francisco’s Disney Museum. (Full disclosure, I didn’t even know there was a Disney Museum in S.F.) 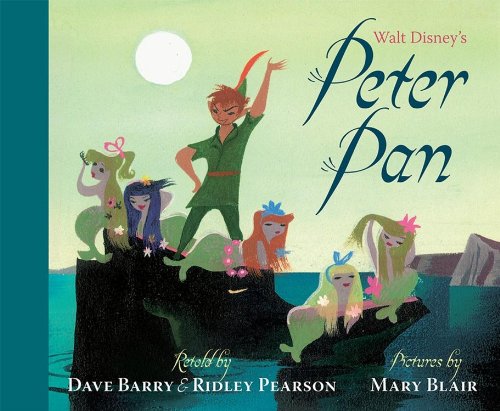 I did look up Mary Blair and learned she created much of the concept art for Disney’s greatest animated features including Alice in Wonderland and Peter Pan. Blair’s Little Golden Books are enjoying a renaissance as new readers appreciate her timeless style. Blair, who died in 1978, was inducted this year, 2014, into the Society of Illustrators Hall of Fame.

I asked Trina Robbins if it was hard finding historical information about women in comics. She said the research was tough in the beginning, but once she published her first essays, people came out of the woodwork to share comics by women. She had more to say in this 2008 interview at the International Museum of Women site.  “I knew that there had been more women cartoonists, and the guys would always justify their attitudes by saying, ‘Well, women just don’t draw comics. Women have never drawn comics.’ And I knew that wasn’t true. So I did a lot of research and, of course, I was right. I found hundreds of women cartoonists. Really, really great women cartoonists.”

I’m happy I got to meet the legendary Trina Robbins. It is quite wonderful the definitive history of women in comics is written by a woman practitioner. I will read Pretty in Ink cover to cover and add more slides of women’s work in my historical survey of graphic design class. I promise.

Visit trinarobbins.com to learn more about women in comics. Trina has a free gift for visitors, an ebook, The Golden Age Comics of Lily Renée. The entire 200-page book is available in multiple formats, Kindle, Ipad, or pdf.  Who is Lily Renée? –Another of those amazing women artists Trina Robbins wants the world to appreciate.

5 thoughts on “Pretty in Ink: Trina Robbins Schools Me on Women in Comics”